Hey guys and gals, JT here with my final review of the comic week, and I'm closing things out with Batman and Robin. The last issue ended with Robin dealing with a bunch of zombies in Gotham, because that place is literally THE WORST PLACE to live in the history of existence. So, how will The Dark Knight and The Boy Wonder deal with their own Waslking Dead? Let's see shall we? 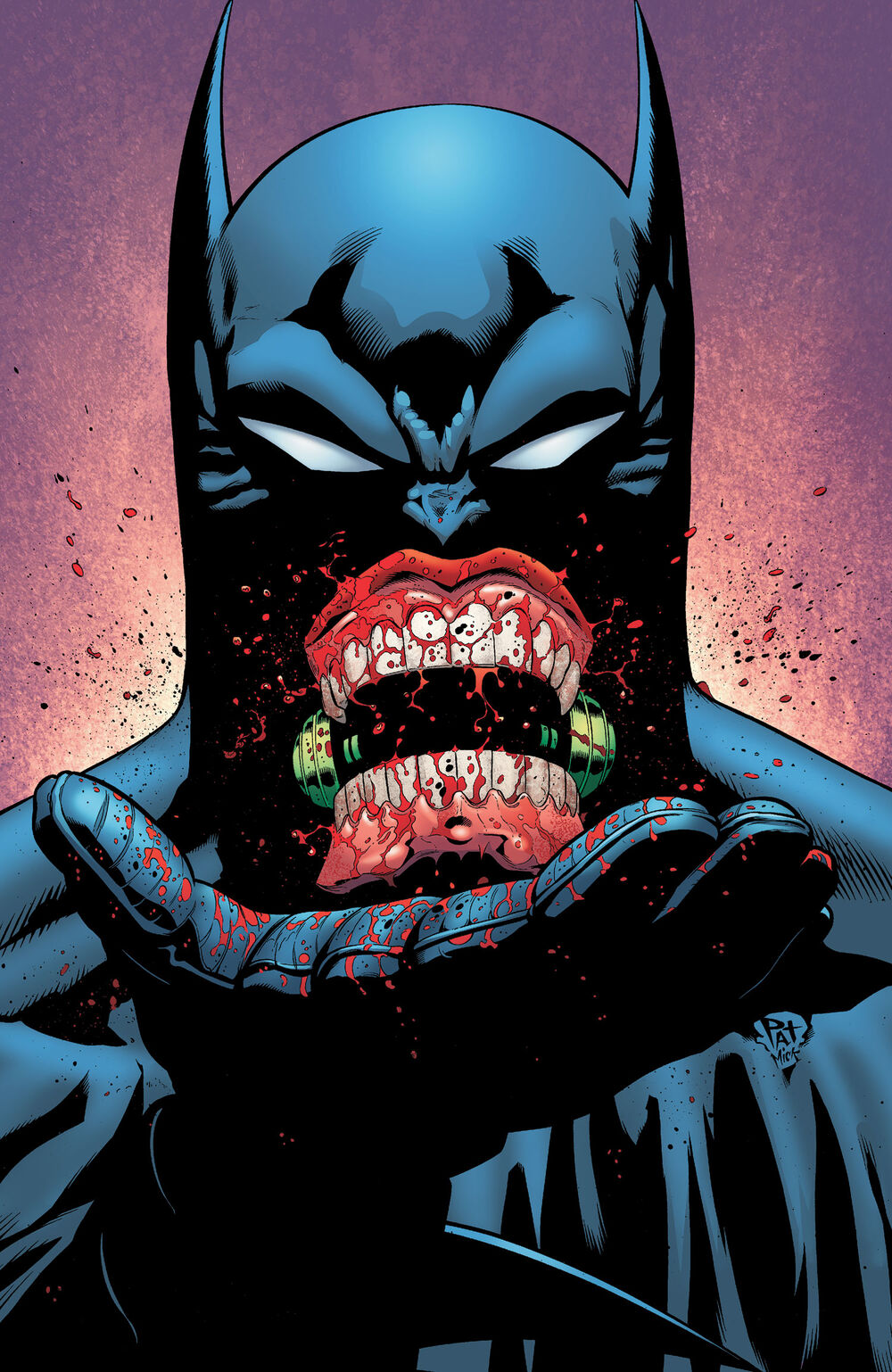 Summary: This issue starts with Batman dealing with a bunch of zombie-like people attacking and trying to eat civilians but of course most are thwarted by Batman. Batman then repeatedly tries to reach Robin for most of the issue to make sure he's okay. Meanwhile, Robin is playing possum as he's being carried by a bunch of the "zombies" to their leader, who proclaims Robin to be a treat that "must be savored". Robin springs into action and sets off a few explosions to put distance between the leaders of the zombies and the civilians that were held captive there. Robin leads most of them to safety and they escape by using an underground train, but the zombies are right on their tails. Robin is ready to try to fight them off when he's joined by Batman, who looks to be in a REALLY foul mood. Batman and Robin make quick work of the zombies... I mean.. like one page's worth of fighting, before Batman scolds Damian for shutting off his com-link. Batman reveals that The Joker was behind this, as he was the hooded leader Damian briefly encountered. Back at the cave, Bruce basically tells Damian that he worries about him because he doesn't want to fail him the way he failed Jason by not being able to save him in time, and he's terrified that Damian only seems to care about himself. Damian proves Bruce wrong as he produces a lone pearl he found in the sewers below Crime Alley, previously belonging to Martha Wayne. The issue comes to a close as Bruce tells his son he's proud of him and they hug.

Thoughts: So, this issue was odd for me. I mean... it seemed very rushed. Joker was behind the zombies? If Joker has the ability to make people into zombies... why not just go with that? Also, the people who are zombies, they were never cured or anything. And Bruce and Damian just beat them up... they're not dead or anything. So presumably, there are still zombies in Gotham... they just have to wake up. I mean, I guess this issue served to humanize Damian before his run-in with The Joker but it just seemed all over the place and like nothing really happened or got solved, which really hurt my enjoyment of this.