Hey Todd Squad, I figured today I'd review the final issue of Rick Remender's Venom run. Since the first issue, I've called Remender's Venom, the best ongoing comic since Bryan Q. Miller's Batgirl run with Stephanie Brown. Now that his run is coming to an end, let's see how things work out for our favorite Symbiotic Soldier. 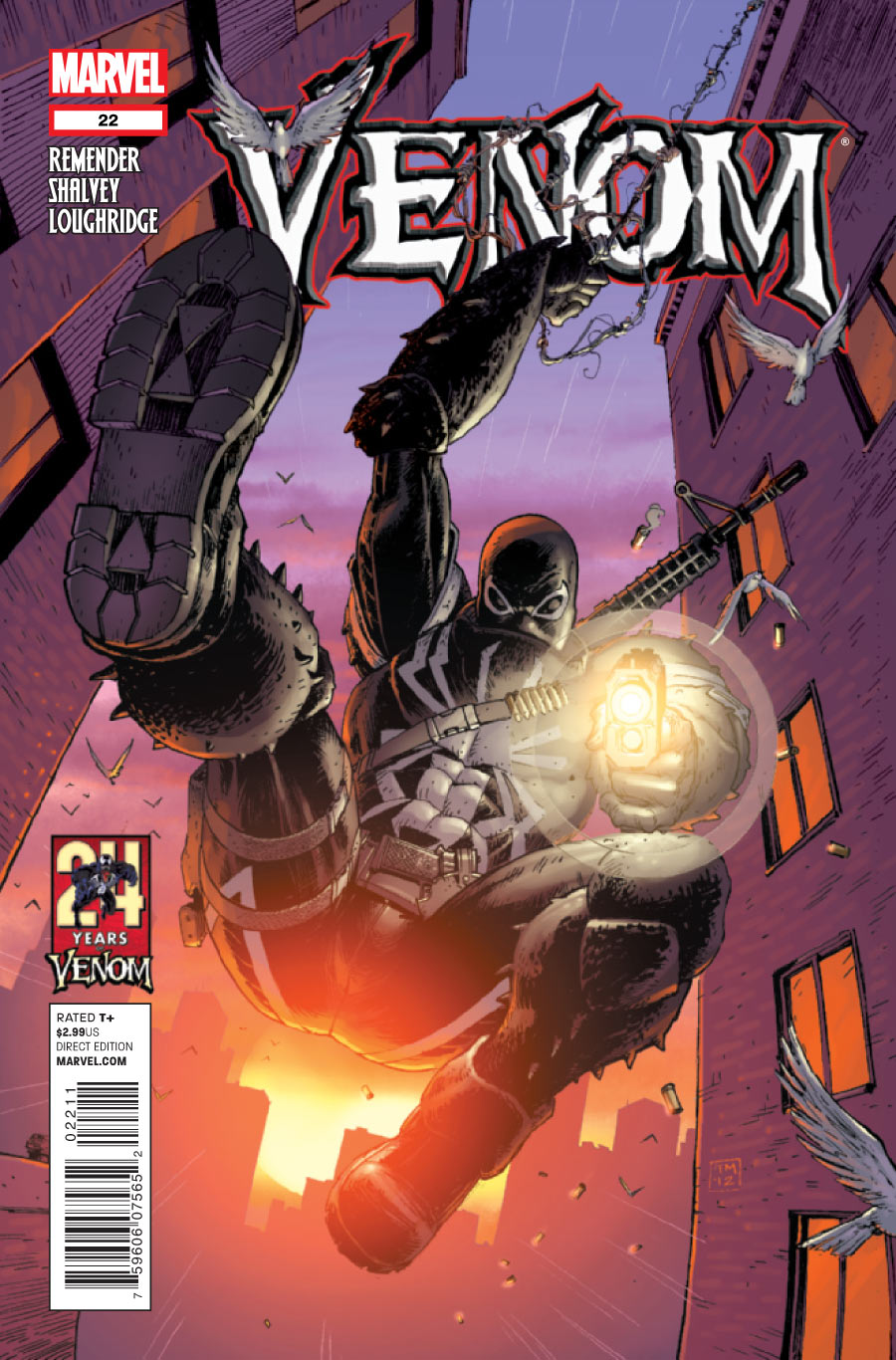 Summary: This issue actually moved along rather quickly. We started out with Flash swinging around the city looking for the insane Jack O'Lantern, who survived his Joker like acid bath and is now out killing people to lure Venom to him. Jack is also doing this on Father's Day, since he believes Venom killed his father, The Crime Master. Over the course of the issue we see Flash's memories with his abusive, alcoholic father, yelling and attacking Flash and his sister. Venom finally comes to the end of the trail that Jack had left for him and enters a room to find his own Father's corpse, sitting at a table. Flash of course goes livid and smashes the table, which causes his father's corpse to lean forward and shows a bomb, which explodes and the flames hurt the Venom symbiote. Jack O'Lantern attacks Venom and is about to kill the young hero when Venom uses his symbiote tendrils to grab the gun from around the waist of his father's cop uniform. He blasts Jack and attacks him, beating him senseless, until making the choice not to be like his father, and carries an unconscious Jack that he then turns in to the authorities. From there we see Flash telling the Secret Avengers if they want to cut him he knows why, we also see Betty throwing out pictures of her and Flash, Flash's mother staring out into the sunset, and Flash finally laying down for a night's rest, as this issue comes to a close.


Thoughts: First things first, thanks to Rick Remender for an amazing comic series and making me a big fan of Flash Thompson, and making him my favorite Venom. Now, onto this issue, I loved how Flash's dad was tied in with this, and seeing Flash's rough childhood, from trying to protect his sister, being told he was in the wrong by his mother, and everything else. I will say I was genuinely surprised when he opened the door to see his Father's corpse, but I should have expected that from Jack O'Lantern, who's become a great villain in the last twenty or so issues. He's definitely like The Joker mixed with the Green Goblin which is a fun villain for a guy like Venom, and I'm glad Remender kept him around for Bunn to play with. All in all, this was a fine comic, nothing amazing, but it was a nice way to cap off Remender's run on Venom.