Hey Todd Squad, today we're gonna check out the final issue of Deadpool Kills The Marvel Universe. With Deadpool already disposing of The X-Men, The Avengers, Spider-Man, and the Incredible Hulk, plus many, many more, what does Deadpool have up his sleeve for the finale? Let's see if Deadpool succeeds, or if he's cut short, pun intended, by The Taskmaster.

Deadpool Kills The Marvel Universe #4 of 4 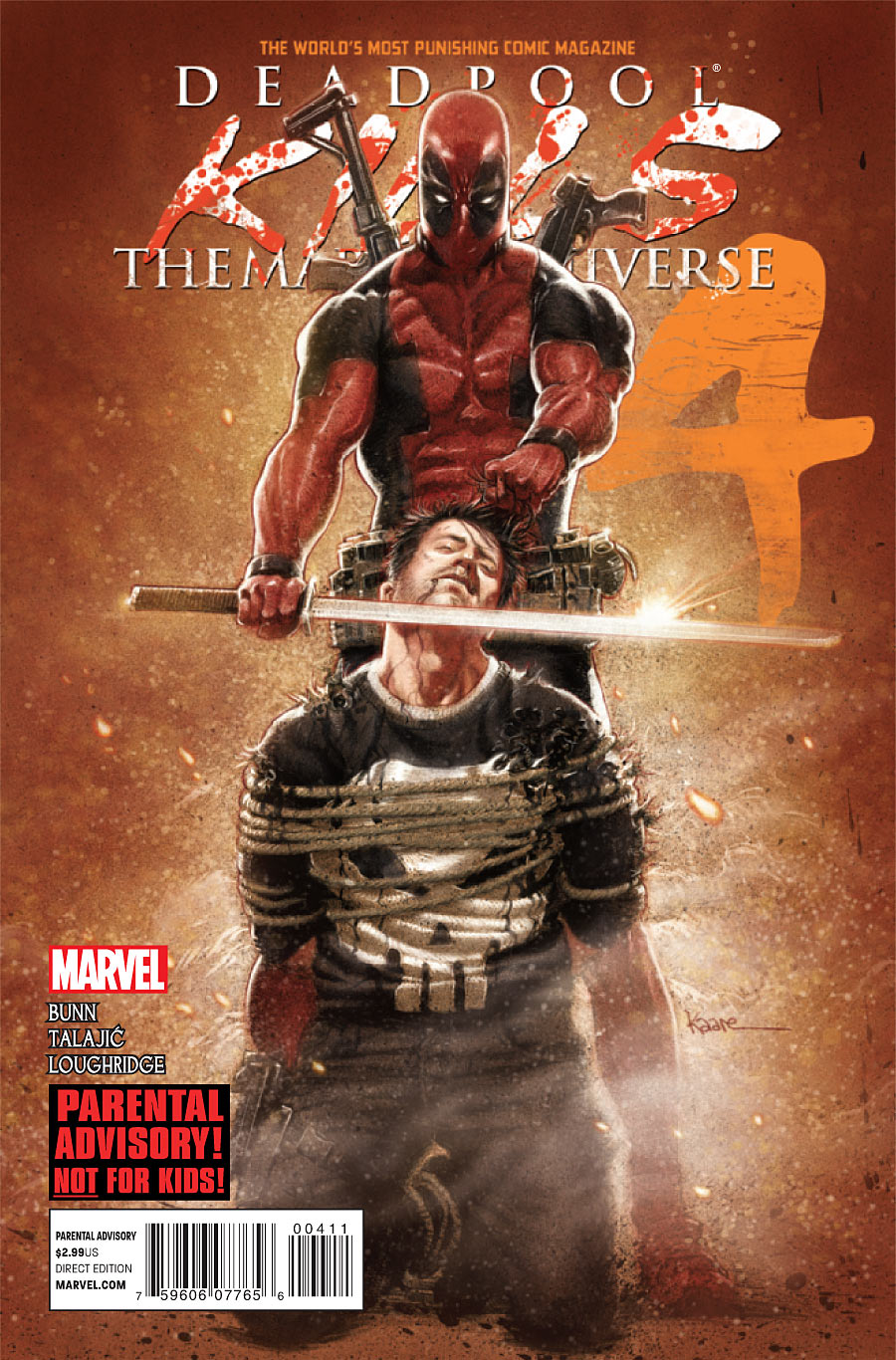 Summary: The issue starts off with mayhem, some heroes and villains like Black Widow, Iron Fist and even Hit-Monkey fighting one another in the streets. Other heroes and villains are committing suicide by jumping off of buildings, including Bullseye, Kingpin and Nick Fury. We see The Punisher staked out in a building when he snipes Deadpool and heads over to finish the job, but finds a dead Puppet Master in a Deadpool costume, Deadpool comes out behind The Punisher and shoots him, pointblank in the back of the head before moving onto even bigger fish, as Deadpool has somehow managed to kill Nova, Silver Surfer and Thanos. We finally get the main event fight with Taskmaster and Deadpool in a swamp, and the two seem evenly matched until Deadpool distracts Taskmaster by talking too much, causing him to rely on muscle memory. Deadpool then asks Taskmaster if he knows Deadpool so well, what would Deadpool have next. Taskmaster thinks for a second and gets frightened by the thought of Deadpool's plan, as Man Thing emerges and touches Taskmaster, causing him to burn up, killing him instantly. Deadpool then tells Man Thing about his plan, so Man Thing kills himself to open the gate to all realities for Deadpool... okay. Deadpool steps into the portal and see's a ton of different world's before landing in our world. The issue ends as we see Deadpool getting ready to kill Cullen Bunn and the rest of the creative team for this comic. Ugh.


Thoughts: This issue really disappointed me. The series started so well, and the end with Taskmaster being hired was great, but that fight wasn't everything I expected, and Man Thing blowing himself up so Deadpool could jump worlds annoyed me. It bothered me that some big names like Venom, Black Widow and Dr. Doom were killed off panel yet the Puppet Master got a few pages. The ending was very bad too, I figured he was coming to out world but I thought maybe something would go awry and he'd end up somewhere else, like the Marvel Zombies world. Then we could have Deadpool kills The Marvel Zombies or something, instead, we got to see him lurk outside of Cullen Bunn's meeting and the book just ends. That was disappointing, overall I enjoyed the series but this last issue ended it on a sour note.