Hey comic fans, JT here with my second single review of the week, Uncanny X-Men. Cyclops' team has been one of my favorite things to come out of Marvel Now, so let's see what the Mutant Martyr and his team are dealing with this month. 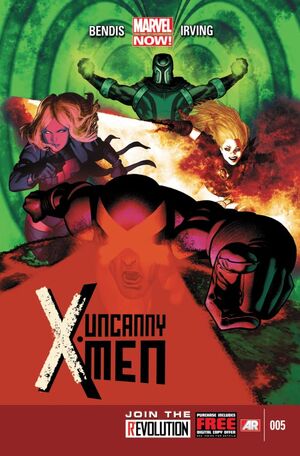 Summary: This issue focuses on Magik, as we see what happened in the last issue when she broke down screaming. It turns out she'd been pulled to Limbo by none other than Dormammu, who planned on killing Magik and ruling Limbo. He said she was a broken little girl and he'd end her now that she was broken by the Phoenix Force. His attack is put on hold when Illyana becomes Darkchilde and makes quick work of Dormammu's demons and sends him running. Back in the present, we see her explaining this to Scott, who says they'll go o Doctor Strange for help, but Illyana doesn't think that'll work since he's an Avenger. They decide to go anyway and inform the team when suddenly the whole team is pulled to Limbo, but Magik says she's not the one doing it. The issue ends with Scott asking Illyana who did this, as she says it's not her and turns around to show she's now Darkchilde.

Thoughts: This issue was pretty much all about Magik, and while I've never cared for the character much before, since joining Scott and giving a mysterious bad girl vibe, I've come to enjoy her. The stuff with Dormammu was interesting, and I'm wondering what the team will do to help Magik deal with her powers, since they seem to be even more messed up than the rest of her teammates. We also saw some other character development in this issue with Triage trying and failing to hit on the Triplets, Angel and Magneto talking which seems like it should be weird by itself, and Eva apparently having a crush on Cyclops, which seemed to rub Emma the wrong way. All in all, this was a fine issue, and I'm looking forward to how Team Cyclops will fare in Limbo.