Hey, X-Maniacs, Vampire X here... wait no, my mistake, JT here again with another review. Since I'm sure you guys are getting tired of these intro's, let's just get right to it, shall we? 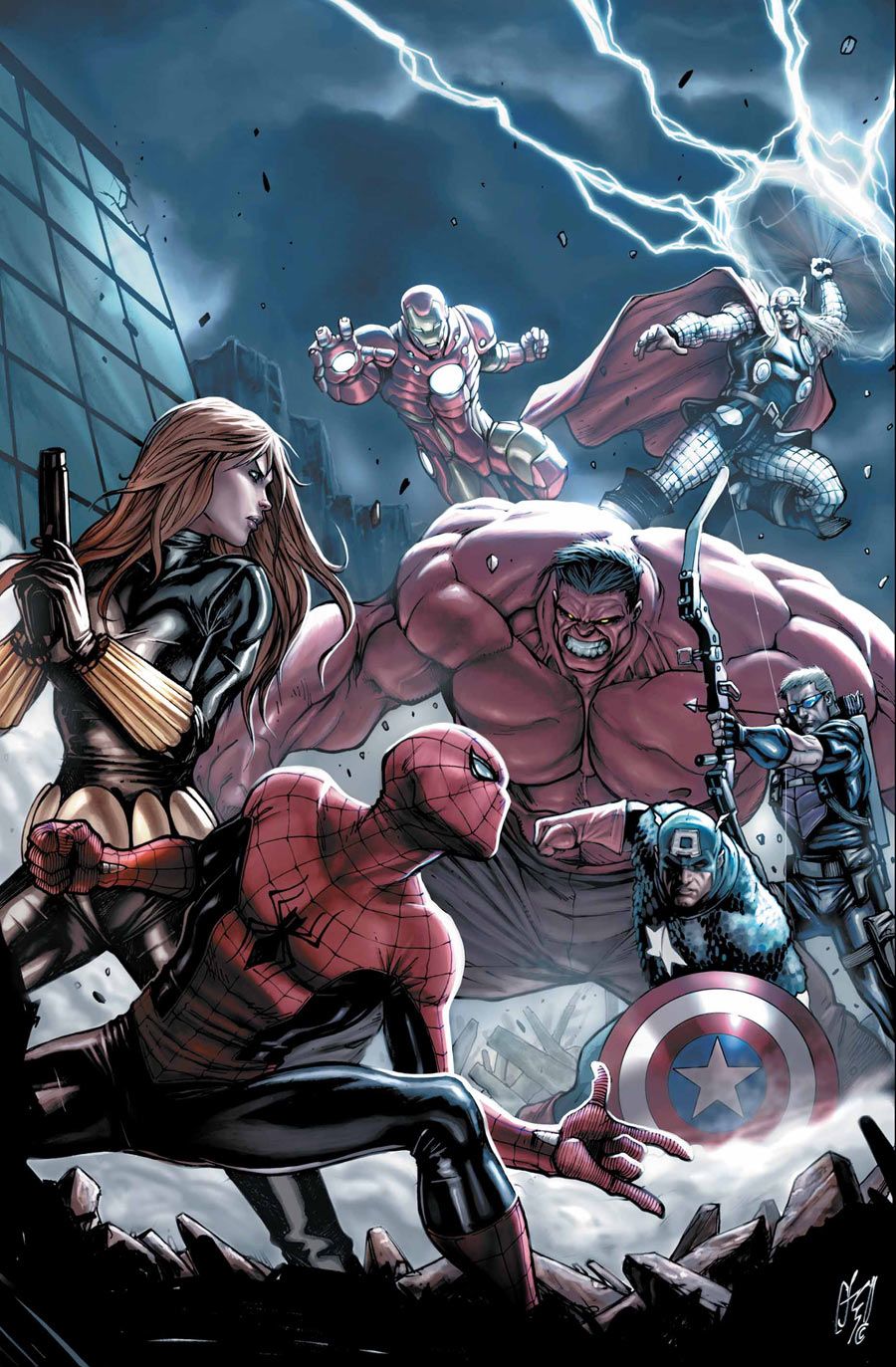 Summary: Picking up where the last issue left off, Spidey, Mysterio, Black Widow and Silver Sable take on a mind-controlled team of Avengers. It turns out Doc Ock can assume the body of each Avenger, but doing so makes them a bit more sluggish which leads to Spidey and pals taking out Earth's Mightest Heroes, but not before losing the aid of Black Widow, who takes a blast from an Doc Ock controlled Ironman. After losing control of the Avengers, Ock launches his missiles into orbit to continue his plan, so Hulk, Thor and Ironman try to cut them off by destroying the missiles. With Cap, Widow and Hawkeye out of commission from the fight, and Mysterio leaving like a spineless villain would, Spider-Man and Silver Sable head into Doctor Octopus' base. Sable says they should bring Sandman to help, since he won't let the world get destroyed since it would kill his daughter, but Spider-Man says they can't trust him. They finally get near Doc's control room and find the Rhino waiting. He says he has nothing to live for without his wife and they won't pass him, Sable says he can't stop them both but Rhino says he doesn't have to, as he grabs Silver Sable by the neck and holds her barely above the rapidly rising water flooding Doc Ock's base. He says he's not moving, he will hold Sable there until she drowns, and he will stay there until he drowns as well. Spider-Man tries to free Silver Sable but Rhino is too strong, she tells Spider-Man to go on, stop Doctor Octopus before everyone dies. Spider-Man has no choice but to leave her and goes after Octopus, who almost continues his plan and allows himself to drown as well, before he's thwarted once again by Spider-Man, who not only stops the missiles from entering orbit, but also saves Doctor Octopus. When asked by a livid Doc Ock why he saved him, Spider-Man prepares to say how he promised no one would die as long as he's around but cuts himself short. The issue comes to a close as Spider-Man dumps Doctor Octopus at the boat of Max Modell and his students. When Modell says Spider-Man has saved them all, Spider-Man replies that he failed, and somberly says "Someone died."


Thoughts: Small thing, Marvel screwed up the speech bubbles and has Ironman and Peter saying each others lines on the page where Ock launches the missiles. I gotta say, the apparent death of Silver Sable surprised me, not that they did it but how much Dan Slott made me care. I've never been a fan of Silver Sable, I didn't dislike her, she just existed. Over the last few issues I'd come to like her and appreciate her as an ally of Spider-Man, and the way her death scene (if she is dead) was written here was great, especially since Spider-Man vowed not to let anyone die since what happened with Marla Jameson. The only problem I had with this comic was why Doctor Octopus would keep controlling the bodies of the Avengers when it was painfully obvious that controlling them was more of a hindrance, I guess you could chalk it up to him being cocky but that seemed kinda weird to me for a genius to do. Besides that small thing, this issue was damn near perfect and a great conclusion to this great storyline, definitely looking forward to what Slott has coming next.