Hey guys, gals and troglodytes, JT here again, since X is.... pretty much dead to the blogging world. Made me think that he's kinda the Peter Parker of this blog, and I'm a bit gruffer, kind of like Kaine. And THAT, my friends, is how you do a HORRIBLE segue to a comic review. :-D 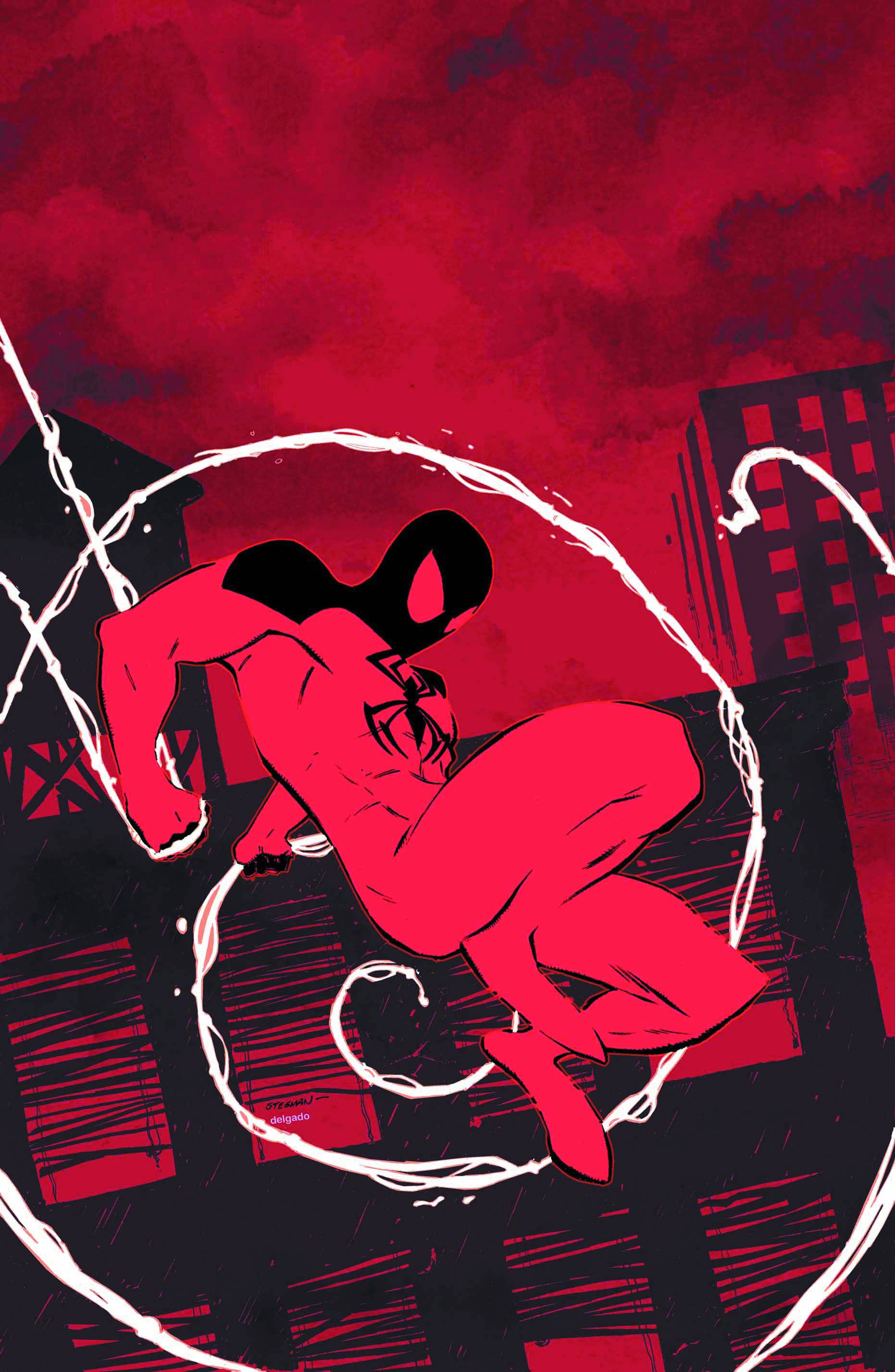 Summary: Things kick off with The Scarlet Spider himself, Kaine, saving a woman after witnessing a huge building explosion. Kaine also saves the people on the streets below before locking lips with the grateful woman he saved. Of course, that quickly leads to her and Kaine having sex, because that's how heroes like Kaine get down, in H-Town. The morning after festivities are cut short when Kaine discovers from his recent partner that she's the one that blew up the building. She introduces herself as Zoe, before going to answer the knock at her door, which causes Kaine to suit up and go out the window. After "not caring" for hours, Kaine eventually decides to look into it, and heads back to the Roxxon building and notices it's pretty much fixed up again, even after the explosion earlier. Kaine then takes his questions to the head honcho at Roxxon, and discovers that Zoe is his daughter. Surprising right? Before Kaine can ask anymore questions, he's told to leave or else he'll have to deal with a superhero team known as The Rangers. Cause they're in Texas... so, yep.


Thoughts: This was a fun issue, it kinda flew by. I liked seeing a different kind of Spidey, and that's what we get with Kaine, the way he jumped right into bed with Zoe was both surprising and hilarious. I'm interested in seeing what Zoe's beef is with her dad and the Roxxon corp., as well as what happens with Kaine takes on The.... sigh...Rangers. God that's a horrible name. Other than that, this was a perfectly acceptable comic.

Kaine: I don't use computers.
Officer Wally: What are you, Amish?